But thinking of her raw feet, she reached for the door.

The backseat was clean and spacious. It smelled like pina coladas and faintly of vomit. She noticed the pineapple-shaped air freshener dangling from the rearview mirror. Grace should have listened to her mom. They turned into an alley, and Grace glanced around, startled. He turned into an even darker alley beside a parking garage. Her heart hiccupped as he turned in his seat and reached back. Pain blazed through her, and she reeled sideways. She tried to lift her head.

Another jolt fired through her body, this one bigger and brighter, like grabbing a live wire. White-hot pain seared her. It was a beautiful wedding, as weddings went. Quaint country church. Polished wooden pews. Antique stained glass, with thick beams of light shining through. But the best thing about it was its brevity.

Barely an hour after the first organ notes, Sara Lockhart was standing under an oak tree at the Magnolia Bistro ordering a glass of wine. The bartender popped the top off an icy bottle, and Sara stuffed a tip into his jar. Careful not to snag a heel, she led Aaron across the cobblestone patio to a patch of shade under an awning. Sara sipped her wine and looked Aaron over. At six-two, he was a head taller than she was.

His spiky hair had been tamed with gel today, and he wore a navy suit that hung loose on his lean frame. Aaron typically wore jeans and T-shirts or dusty coveralls if they were out in the field. She looked down at her short black wrap-dress. She glanced up. Aaron was watching her steadily, and she reminded herself that they were co-workers.

No flirting. Which she should. The whole point of coming was to meet people. The conversation lagged, and Sara eyed the door, wishing for the bride and groom to appear. The sooner they arrived, the sooner festivities could commence in earnest, and the sooner she could sneak out. He looked relieved for the interruption as he pulled out his phone. He stepped away to take the call, and Sara turned her attention back to the courtyard filling in with guests.

Even with the misters going, it was hot. Texas in July hot. Most of the men had already tossed their jackets over chairs and rolled up their sleeves. From her meager slice of shade, Sara scanned the patio. Mason jars filled with red, white, and blue snapdragons dotted the tables. In a nod to the upcoming Fourth of July holiday, every centerpiece included glittery red-and-blue sparklers. Sighing, Sara wished again that she could leave soon.

The nuptials. The promise of wedded bliss, forever and ever, amen. After running out on her own wedding and dealing with the aftermath, she felt cynical about the entire ritual. Subtly, she checked her watch.

She wanted to chug her chardonnay and take off, but she forced herself to stay put and paste a smile on her face as she watched the crowd. A man caught her eye from across the courtyard. And, crap, he was coming over. Brooke looked radiant in her fitted ivory gown, and cheers went up from the crowd as Sean pulled her in for a kiss. She ducked around the side of the restaurant and found a narrow walkway near a back door. Through a window she saw waiters and cooks rushing around the kitchen.

The ME gave me your number. We could use your help out here. Until now. When things escalate faster than even he expected, he finds himself pulling out his most extreme combat skills to protect her. Zoe Hansen was forced to leave her beloved hospital job to escape a stalker. It worked—or so she thought. Unfortunately, her problems are far from over. So when she's threatened, he steps in to help her regardless of the consequences and gets her out of town.

As the danger closes in they have to trust each other if they want to stay alive. Because Zoe is worth risking everything for. Quinn Brody ended things with sweet, sexy Athena when he learned she was a virgin. 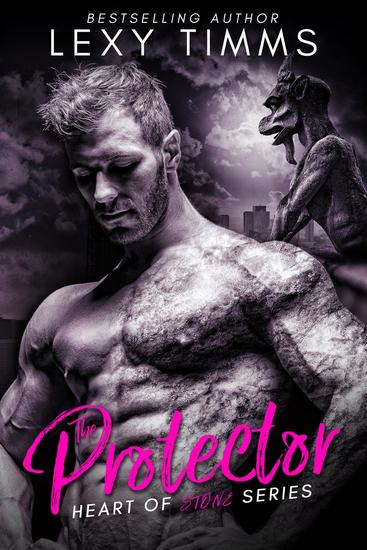 Their relationship was getting too serious and walking away seemed like the best plan. But Quinn has never been able to forget Athena. And when she gets a marketing job at Red Stone Security, it becomes impossible. The man Quinn put behind bars has been released from prison and is out for blood. When Athena is sent to Vegas for a tradeshow Quinn volunteers to accompany her—to watch her back.


But professional quickly turns personal when the threat to Athena escalates. Refusing to lose her again, Quinn will do anything to save her.

Even if it means risking both his life and his heart. He's everything she's ever wanted. Unfortunately for Raegan, Ford's kept his distance.

But when a night out goes extremely wrong, his protective instincts kick into high gear, and he finds himself fighting for her in more ways than one. Once Raegan and Ford grow closer, the harder they start to fall for each other. But Ford's past stirs up feelings he just can't control, threatening to destroy everything they've worked for. And when he screws up, he may lose more than just his one shot with her. Someone wants Raegan—and if he can't have her—nobody can. He's waiting.

He's watching. He's lurking. Ready to strike. He'll make her his. He'll take down anyone who gets in his way—even a cop. Sign up for Katie Reus's newsletter and never miss a new release or book-related announcement from Katie.

Killers are after her… Computer security specialist for Red Stone Security, Elizabeth Martinez has never been able to turn her back on her brother Benny. Buy This Book Online. Amazon UK. Book 3 in the USA Today bestselling Red Stone Security series… A woman with a dark past… Mara Caldwell made a clean break from her old life, never imagining her secrets could come back to haunt her. Seven years ago she broke his heart He's not letting her go again Amazon Uk. His worst mistake was walking away from her … Quinn Brody ended things with sweet, sexy Athena when he learned she was a virgin.

Now his past has come back to haunt him … The man Quinn put behind bars has been released from prison and is out for blood. He's the security she's always needed. She's exactly what he was trying to avoid. And now someone's ready to ruin it all. Please sign me up for Katie Reus's newsletter.